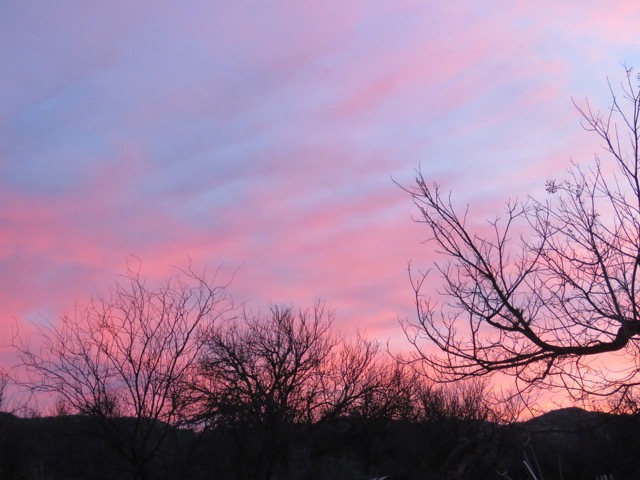 I made my first trip to Big Mountain in the early ‘80s. I came alone as a journalist, my personal struggle, to a world I could not have invented.

Big Mountain is an area north of the Northern Arizona Hopi village, Hotevilla. Dirt roads maybe still are the only roads. I was directed to Katherine Smith by a family living below her land. “People say she’s a witch,” one person warned me. Nonsense. I got directions.

At the time Big Mountain was occupied by “resisters,” some connected to AIM, the American Indian Movement. There were young people, many of them city dwellers with Native American blood, searching for identity. There were political refugees of various leftist battles left loose in a shifting political landscape searching for a cause. I was simply adrift.

Katherine welcomed me to her hogan. It was something of a hub at that time. Big Mountain was part of a land partitioning known as Joint Use Area (JUA), proving once again that most “Indian” issues come down to “We want your land.”

Her land was in the joint part in dispute. She was supposed to leave this land, settled by her parents after the Long Walk, land she was born on sixty some years past. She had birthed her twelve children there. She had always herded her sheep on this land. Her weaving loom was a permanent fixture under cedar trees. When I first arrived she was supposedly bound by a restriction that forbade Navajos, or Dineh (the people) as they preferred to be called, in the JUA from making any repairs to their disputed properties. The roof leaked. That spring it wasn’t yet raining but in defiance repairs were being done.

For some reason, Katherine and I enjoyed each other’s company. “You are the only one who eats my mutton stew,” she told me, a vegetarian. The mutton was chewy, but tasty. Over the next decade I would pass through when heading north or returning south. There were no phones. When I arrived my unannounced visit was welcomed. I met her children, neighbors, but sometimes when I showed up she was just alone with the land.

Time is a circle.

Everything in the rectangular one-room hogan had a place. I would be awakened by the slam of the metal door on the pot bellied stove until I learned to get up first and set the fire myself. But sometimes the drive was too long, my slumber rocked too deep amid rolling red hills. A hogan’s door faces east and each morning Katherine would step outside to make her prayer with the sun rising. She brought sacred into every day.

There were the sheep to be tended. Late one morning and only once, she sent me to take the sheep to the east fields. I had gone with her when she shepherded before. I imagined I could do this. Toward dusk the dogs herded the flock back to the pen, me straggling behind, as I had been doing the whole day. “You take the sheep way over there,” she said, pointing far west. We both had a good laugh then, and later, at my expense. She held deep knowledge of animal husbandry and her land was not overgrazed.

She had been filmed for the documentary Broken Rainbow because of her leadership in resistance on Big Mountain and her image was used on the movie posters. She was famed for two incidents involving the Hopi police. The first was shooting her rifle into the aid and running off two who had mocked her polite requests to leave her land. After she tore down the fence they had attempted to impose. The shot she fired galvanized a movement. The second incident was on a picket with other women along the newly installed fence line. The enforcers this time had billy clubs. She wrenched one away from her attacker. It hung as a trophy in the hogan the rest of her life.

Broken Rainbow was up for Best Documentary in 1985. Katherine went to Hollywood for the Oscar ceremony and in traditional dress accepted the award on behalf of her people. I teased her later, asking, what was the after-party like? “Those people were so drunk,” she said.

On my visits we would often take walks. One time she glimpsed the green glow of an empty bottle of Thunderbird, cheap fortified wine, sticking out of the sand. “Oh, look,” she said as I picked it up for disposal, “green peace.” Katherine had no use for alcohol.

I met five of her children. Her oldest daughter had never learned English. She lived elsewhere on the rez. Her two youngest had gone into Mormon homes as children. One was a son who visited her often, coming to chop wood for the winter and help with other necessities. I asked him about his Mormon experience. He said he was glad. What was there on the land for him? He died years later, sailing his car over a cliff in Sedona, and is buried on the land. Alcohol was a factor.

Another son, Julian, was a Vietnam vet with untreated PTSD. One time we went for a walk and he had his rifle with him. He offered it to me to shoot. I sent a bullet into the expanse. I asked him how far it traveled. Maybe two miles, he told me. I shivered in the warm air. This felt like a lesson on war.

Katherine’s daughter Nancy was a nurse. I seemed to have a knack for timing my arrival when someone was leaving. Nancy and I had a chance to visit briefly that first time I met her. A few years after, when I came through, Katherine was missing all her jewelry. Most mornings included her putting on her turquoise bracelets, brooch, necklace, concho belt. When I asked after the jewelry, she told me Nancy had died and she had dressed her in it for burial. Nancy? What a shock. Vibrant Nancy had a headache, went to the hospital and died of an aneurysm.

In the early days of resistance I met many people who came to support Big Mountain resistance. One was a woman who was part of a group out of Santa Fe. She seemed withdrawn. I asked her if everything was all right, and she said, “I have visited many countries, but this is the most foreign country ever.” I thought this a good comment on the resilience of the Dineh and the cultural preservation the reservation allowed.

Katherine was not naive. She asked me once how glass was made and was delighted when I told her a special sand is melted to make glass. But after one of the seemingly endless resistance meetings on Big Mountain she held up her index fingers facing each other and told me how she thought matters were really decided: “Two lawyers meet behind the hogan . . .”

Eventually my life changed and stabilized somewhat with work. I was not able to travel the way I had and my stops at Big Mountain ceased. I tried to keep in touch. I tried to write about my times with Katherine, like the time I got myself bucked off the horse and she heated sand on the fire stove, poured it into a small cloth sack and placed it on my aching back. It kept the temperature for a long while. “We went to the rodeo,” she would say. The writing never jelled. I never felt I captured what I experienced.

Part of the change that came after more than a decade of political push and pull over resistance was the creation of “life estates” for the Dineh resistance elders. The long years had led to a legal agreement–two lawyers meet behind the hogan?–that those with title to land through continuous use could stay put as long as they lived. Upon their deaths, the heirs would be compensated for the land. Some elders preferred the term “death estates” for the agreement. Those who had accepted resettlement homes or cashed out already were not involved.

During years of visiting, all of Katherine’s children I met were kind and accepting of me. They seemed glad that she was not alone while they were in “the world,” as anyplace off the rez is called. I thank them for their hospitality and their kindness to me. One time we drove to a gathering and Katherine introduced me with a wry smile to a man there as “my daughter.” I blushed with the honorable attention, and the man made a joke about how white was my father.

Katherine Smith was a force of nature who walked her land and this earth with dignity, respect, and purpose. She lived always fortified by her connection to her people, her family, her past, her land, her ancestors, and her religious beliefs. For her hundred, give or take a few, years she cared for all and anyone who crossed her path. She cared for her beautiful land, which includes all the creatures dwelling there along with the waters, the vegetation, the so-coveted precious elements below the surface, and the sky.

Six thousand families, most Dineh but some Hopi, were removed from their traditional homelands in the JUA diaspora. Many of the elders died after leaving the reservation and many families lost the relocation homes because they did not understand about utilities, taxes, and other costs off the reservation.

Over more than two decades without contact I often wondered how I would know what happened to Katherine. News of her death reached me the other day via NPR. The voice was her daughter, Mary Katherine, quoting some of her mother’s last words: “‘I never sold out. I never sold my land, I never left, I never took payment, and I never got a relocation house. I stayed on my land where I was born, and I feel like I won this battle.’”

After a century of her care the land entrusted to her by her creator looked much the same at the end of her life as it did at the beginning.

I read with joy about her receiving an honorary degree and teaching in Colorado, which happened long after I last saw her. I smile thinking of the ways she could have adapted her understated teaching style to leading a classroom.

Blessings on your journey, Katherine Smith.

Nora Booth is a Deacon and an officer on the Board of Stewards of the Peyote Way Church and has served the church since 1980.